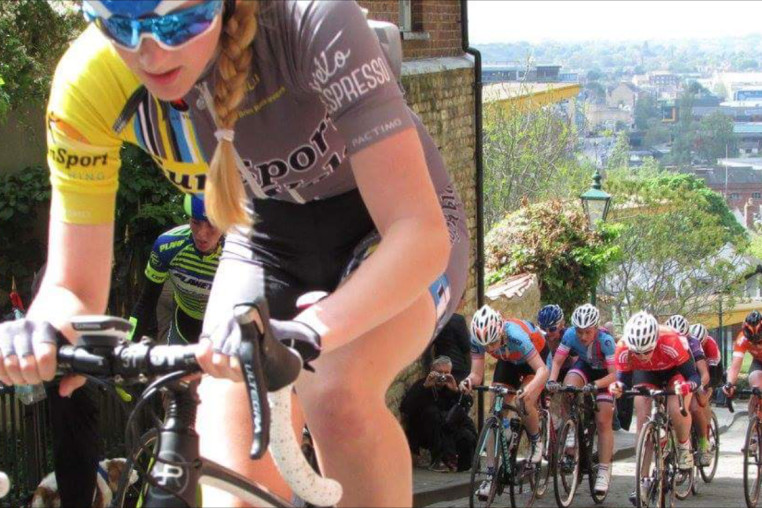 A great week for our team in our first season saw us competing at the prestigious Lincoln Grand Prix on Sunday followed by tonights  ‘Matrix tour series’ !! A huge TV event run over the next few weeks. These are town centre criterium, fast frenetic bunch racing around a tight circuit with big local crowds. Also run on the same night as the Pro mens race. Here is a section of pictures from Sundays race- Super hard course with 8 ascents up the epic Michaelgate cobbled climb.

Alice Sharpe came 28th, Maddy Scott did a strong ride too and Sophie Thackray finished a magnificent 14th in the National junior championship race. Jane Helliwell was unfortunately caught in a crash early in the race and had to abandon.

Wishing them the best of luck in tonights race and throughout the season. If you would like to sponsor the hottest team on the block